It is the mission of the BBHS to celebrate the heritage of Bradley Beach by keeping its history a part of daily life. 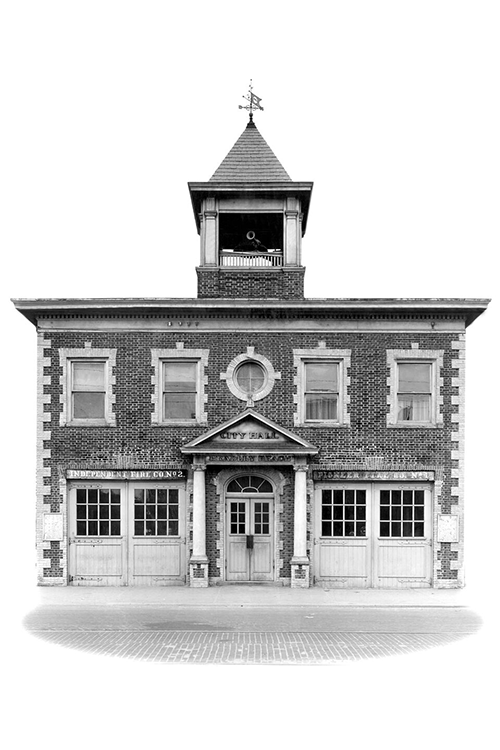 The Bradley Beach Historical Society {BBHS} was founded as a nonprofit 501(c)3 organization for the purpose of collecting and preserving local historical data and artifacts for the education and enjoyment of present and future generations.

“You have a man down here by the name of Bradley…”

The earliest accounts of Bradley Beach can be traced back to 1679 when it is said that Captain William Kidd anchored his vessel off Duck Creek, now known as Sylvan Lake. The area was rich with pine trees and sand dunes providing a natural haven for waterfowl. It was also reported that an Indian tribe existed in the approximate area of LaReine Avenue. Captain Kidd was said to have stayed in Bradley Beach for some time, burying his treasure between two large pine trees in the area of today’s Brinley Avenue. Captain Kidd never returned to claim his fortune, nor did history ever record the amount of treasure buried in Bradley Beach. Perhaps the sea itself claimed the gold pieces, or maybe the treasure never existed at all.

The next historical event of note occurs almost two centuries later, in 1871, when William B. Bradner purchased fifty-four acres of land south of Ocean Grove. James A. Bradley, a wealthy New York manufacturer, was also an investor. The land was part of Ocean Township at the time and subsequently became part of Neptune Township under the name of Ocean Park. However, the post office informed Bradner that the community would have to change its name due to its similarity to Ocean Port. Bradner, about whom very little is known, did not want to suggest his own name, so a post office official suggested, “You have a man down here by the name of Bradley. Why don’t you call it Bradley Beach?”

In 1880, a post office was established in a little store on Newark Avenue receiving mail from Asbury Park. When train service was continued through Bradley Beach, William J. Paynter, one of the early settlers, opened a post office in his general store on Main Street near the Bradley Beach Train Station, where the mail was then delivered.

In 1886, the first school, a two-room structure, was opened.

Local citizens appealed to the New Jersey State Legislature for a referendum to separate Bradley Beach from Neptune Township, and on March 28, 1893 Bradley Beach was incorporated, making it one of the youngest municipalities in Monmouth County. One month later, the newly formed Borough authorized the office of a Marshall and within the same year the Pioneer Fire Company, the Borough’s first fire station, was established.

By 1927, Bradley Beach had become a very popular resort town. Facilities at the beach front included several hundred dressing rooms, hot water baths, two large open-air swimming pools and a number of stores. Bradley Beach attracted thousands of tourists from New York, Pennsylvania and the City of Newark. Construction of the Garden State Parkway in the 1950s contributed to the influx of metropolitan area residents seeking a year-round home with the appeal of living by the ocean within an easy commute to their workplace.

Today, there is a year-round population of 4,400 that increases to approximately 30,000 during the summer months.

The permanent collection of the Bradley Beach Historical Society is displayed in the Bradley Beach Museum in the Carmen A. Biase Center at 719 Main Street, Bradley Beach, right next to Bradley Beach Borough Hall. Items on display include extensive pictures and objects that trace the history of the Borough through the last 125 years.

Learn more about our permanent collections and exhibitions