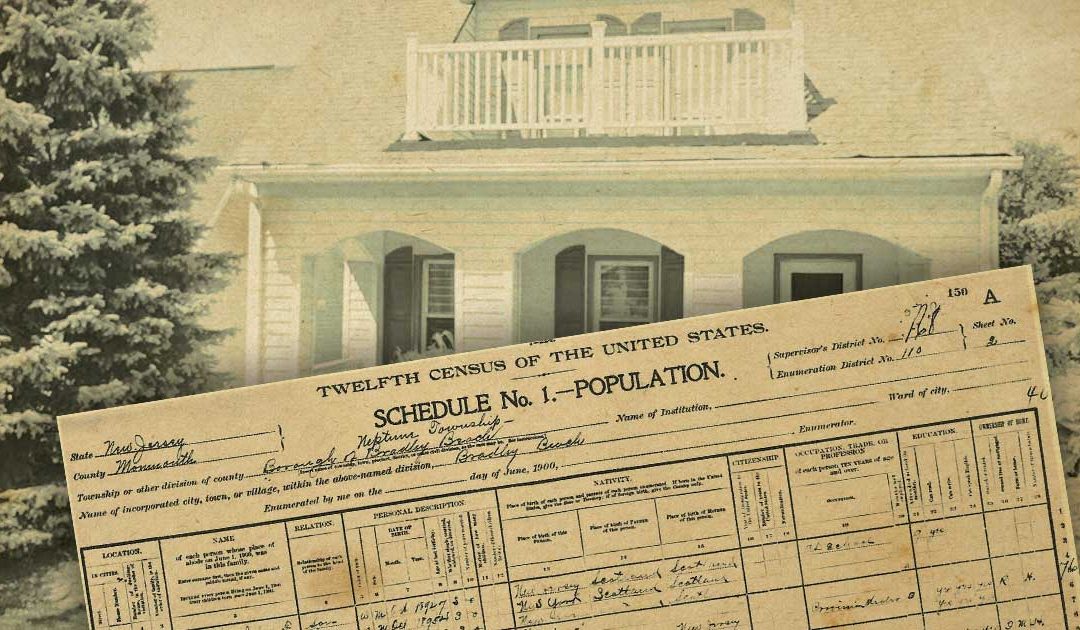 A check of the 1910 Census in our document collection shows that Hiram Bradner (29), his wife Edith (23) and 9 month old son Wesley lived at that address. Our records show that Hiram, a druggist, was the son of William B. Bradner, one of the founders of Bradley Beach. When the Museum reopens, stop by to see a photo of Bradner’s Pharmacy and check out past census records. 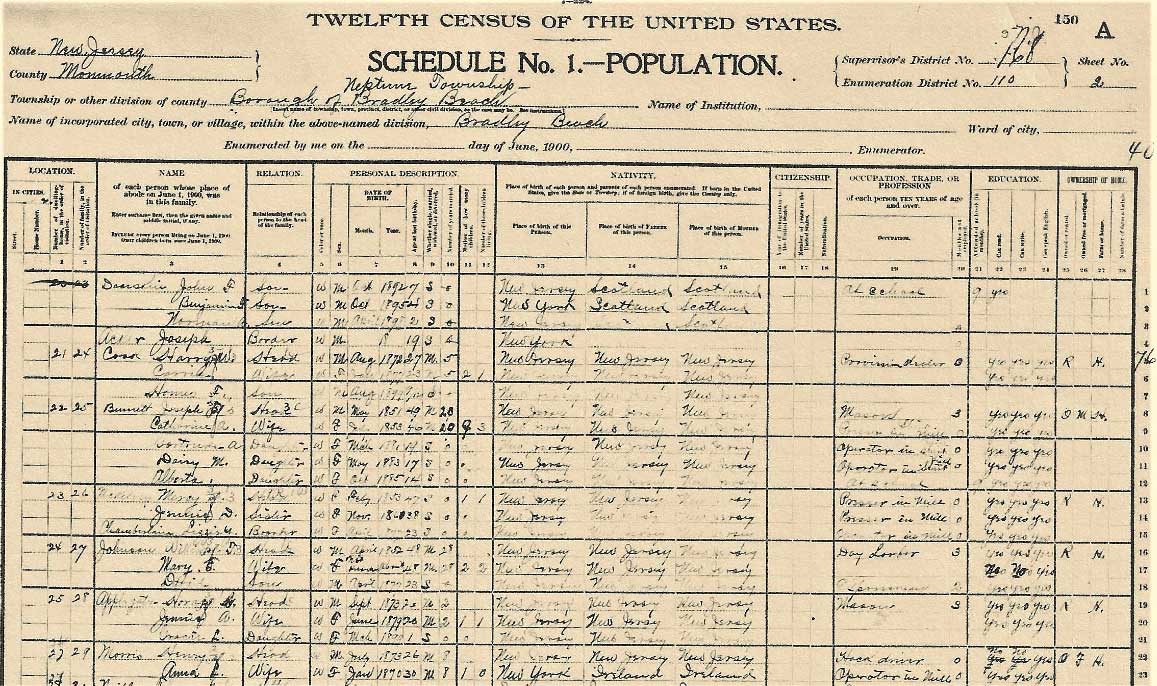 On August 2, 1790, the United States held its first census as mandated by Article 1, Section 2 of the United States Constitution. Since then, the Census has been held every 10 years, including 2020. Because of privacy issues, the detailed information collected is not released until 72 years have passed. 1950 Census will be released on April 2, 2022.

According to the 1900 Census, Bradley Beach’s population numbered 982.

By the 1930 Census, Bradley’s population had reached 3,305, an increase of 43% from 1920. This major increase in population (our last), reflected the rapid growth of the Borough after the completion of the new Boardwalk in the 1920s and the active development of the town as a tourist destination.

Bradley’s growth was gradual in the next few decades and peaked at 4,772 in 1980. Since then there has been a decrease in most of the 10-year population counts with the largest being 10.3% in 2010, when 4,298 people reported that they lived in Bradley Beach.

Will 2020 continue this downward count? And does it really indicate a shrinking population?

As early as 1790, President George Washington and Secretary of State Thomas Jefferson both felt the population had been undercounted. Ever since there has been skepticism about the count because individuals have been reluctant to participate. It is feared that this undercount happened in Bradley Beach in 2010 and may be worse in 2020 because of the pandemic and low participation by immigrants, who feel at risk.

The data collected from the Census has more than historical or geneological importance. The results of the ten-year count determine the number of seats each state will have in the U.S. House of Representatives and are used to draw congressional and state legislative districts. While questions have been added and deleted over the years, the purpose of the Census remains the same –– to measure population so that funds can be fairly assigned to the States and municipalities. Every household in Bradley Beach should participate in the 2020 Census so our Borough gets its fair share.