Is This Picture Worth 1000 Errors? 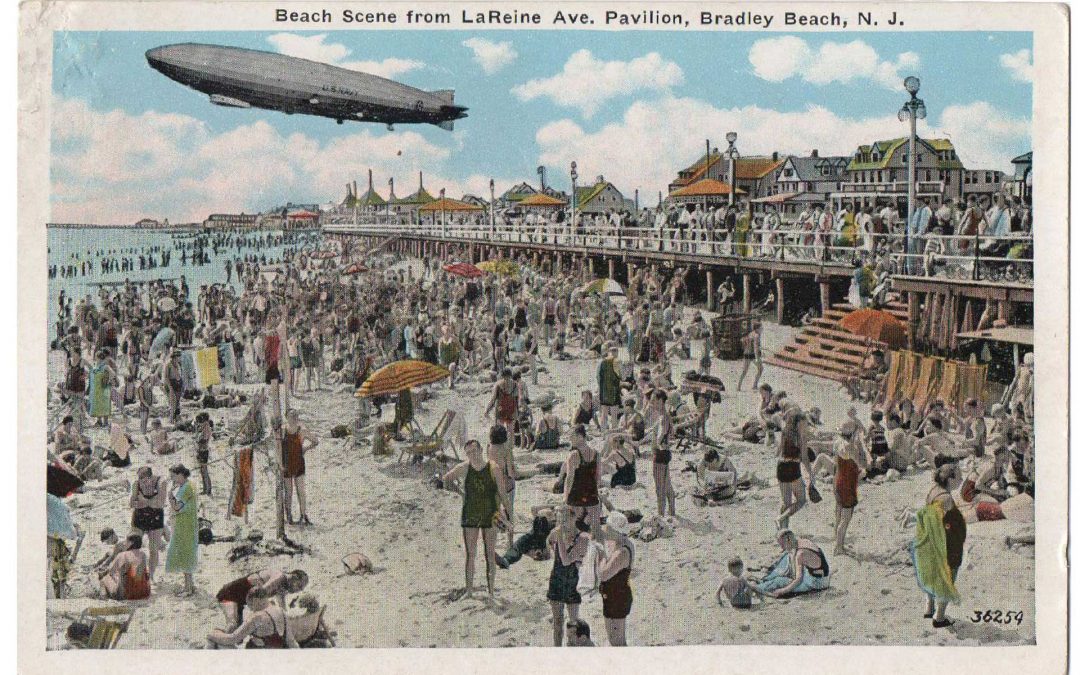 While strolling along the Bradley Beach boardwalk with my nephew, he glanced at this picture from the early 1900s and noticed something wasn’t quite right.

I sent the information about the picture to the Bradley Beach Historical Society and Museum who then posted it on Facebook to see if others noticed anything unusual about this picture.

To our surprise, there were multiple errors found and what could have been the start of “Fake News” or at least “Fake Postcards.”

There were also some unidentifiable findings:

What was first noticed on our walk was that with all the hundreds of people on the beach and boardwalk, it didn’t look like anyone was looking up at the huge blimp!!! You would think people would be so interested that they would be looking and pointing at such a large blimp right above the beach. But no!!!!

We may all see things differently but one thing we can agree on is that this particular postcard was certainly quite odd!