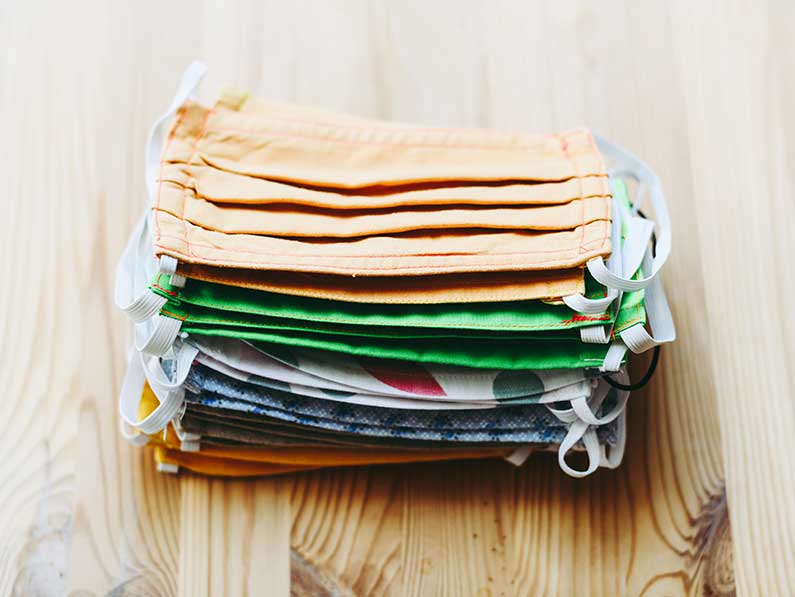 While on a trip to Florida, I got a call that my mom was hospitalized with numerous health issues. This was the beginning of months of worry and helplessness for me.

It was early February and there was some talk about the strange virus coming out of China. I was a little concerned, especially because I had just been on a plane, but a friend who is a flight attendant didn’t seem overly concerned, so I followed her lead.

After I returned to New Jersey, I was able to stay with my mother at the hospital on a daily basis. I would arrive in the morning and stay until early evening. This way I could help her order her meals, feed her, wash her and most importantly, I was there to talk to doctors and nurses to get updates on her condition and ask questions. It was valuable to be able to speak to doctors one-to-one. At one point a physician was going to change medication without looking at her chart. I questioned this and it turned out, a change in that medication would have made her condition much worse.

After a very long month she improved enough to be moved to a rehab. During this time, there was more and more being said about this virus that now reached the United States. Being in a medical facility there was much concern about getting it. Some precautions were being taken in the rehab. Each time I entered, I needed to fill out a questionnaire asking if I traveled to China within the last few weeks and if myself or anyone I live with has a cough or fever. There was also hand sanitizer placed near the check in station. I was cautious about what I touched and was washing my hands more than usual. I was also making my mom wash her hands more, too.

In mid-March, I was told I couldn’t visit my mother anymore. They closed down the facility to visitors. My heart sank because my mother cannot hear well, and gets confused very easily. She has word retrieval issues and a poor short term memory. She needed either me or my sister with her to help her with simple things, like operating the TV and calling the nurse for help with the call button.

With no family members to help out, the nursing staff was overloaded and understaffed. Family members could not get through to them on the phone for updates, questions or requests. It was frustrating and scary. When we tried to get her out of the rehab and bring her home, we were told we could take her, but it would be without prescriptions and home medical help. It was like they were holding her hostage. No doctor would sign her out and the facility refused to budge on making it happen sooner. We had to wait weeks to get her home. She had been away from home since the beginning of February until the beginning of May.

When we finally got her home, I didn’t actually see her for weeks because I was afraid of infecting her. My son and husband were still working with the public and I didn’t want to risk infecting her. I saw her once through her window for Mother’s Day. I’m glad I did because her stay at home was short lived. She was back in the hospital the next day.

This time communication was much worse. The frustration of not being able to talk to a doctor or nurse was on-going. Plus, only one family member could call for updates, so that person had the sole burden of making all the calls and sitting by the phone waiting for a return call. This fell upon my sister, who doesn’t have the most reliable cell phone, causing her to be tied to her house phone waiting for up-dates that often didn’t come. All the while, they were doing procedures and treatments on my mom and we had no idea what the results were or what was happening. She was being seen by at least four different specialists who all had their own opinions about treatment, and, it seemed to us, had little- to- no communication with each other. One doctor suggested hospice; another said no. One said to increase a certain medication; another took her off of it. They would get her stable enough to send her home and she would end up back in hospital a few days later, with the same scenario.

We are now entering July, and I’m thankful to say, my mom has been home for a week with limited issues. She seems to be stable for now, but we will be taking her to a specialized heart and lung hospital for a second opinion. At least for this visit, one family member can go into the room with her.

It’s a miracle she did not contract this virus and we are hoping it stays that way. I just keep praying our scientists can find an answer to this. I have stopped watching the news and limit my time on social media. There are so many different opinions and misinformation out there, it’s enough to make your head spin. I choose to fact check and put my faith in science and research. As far as my mother is concerned, am I realistic about the fact that there most likely will be more hospital stays for her and how many times can someone dodge a silent killer? Please let them find a vaccine and a cure.