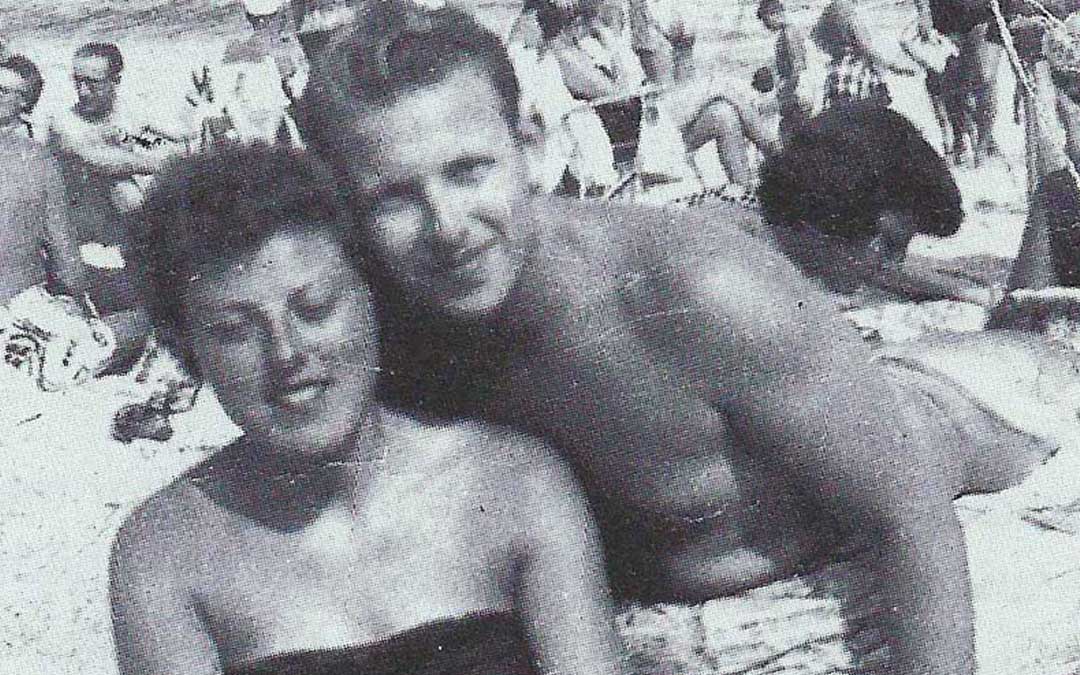 While living in Newark during the summer of 1951, a friend and I, both young, working adults, decided to visit my mother, Jeanette Sternig, and spend the day on the beach at Bradley Beach. After changing into our swimsuits, we strolled on the boardwalk and spotted my friend’s tenant, who was living in an apartment above hers. We decided to join her and lo and behold, there was my future husband, her brother, David Silverman.

There must have been an instant attraction because he asked for a date that evening. I didn’t like him much on the beach, but during the evening I was drawn to him. During the following two weeks, we were together constantly, and we knew we had found true love.

We were married on September 6, 1951. David was in the army, home on furlough when we met, and was under orders to return to his outfit in Germany, which he did. I joined him there on Valentine’s Day, 1952.

We settled in Bradley Beach where my husband, who became a hairdresser, opened his second salon called David’s of West End #2 on Main Street where he worked for eleven years.